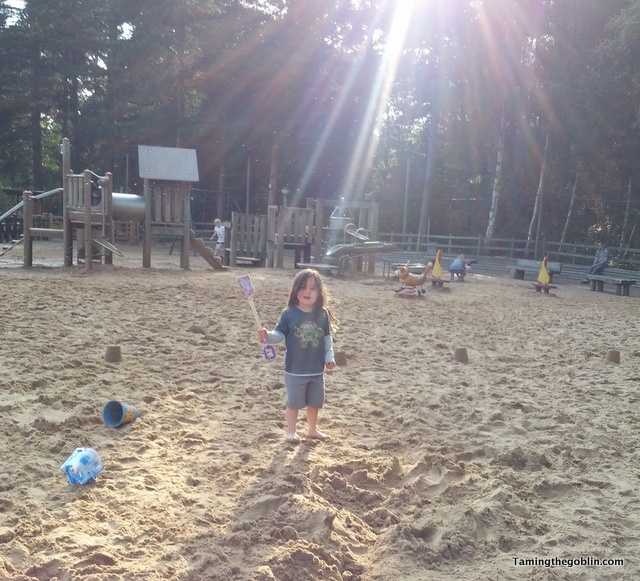 Connecting with kids doesn't have to be complicated. While on holiday Goblin and I went out to play on the beach. The sun was setting and it was getting close to bed time, but we took a little time to have some child led simple fun.

I didn't try and lead the play, I left it entirely up to Goblin. He asked me to build a castle. As I turned out the bucket he stomped on the castles. Sometimes this would have annoyed me - I'm trying to create something for him and he is intent on destroying it. But instead of getting annoyed I shifted my expectation. He doesn't want an aesthetically pleasing castle. He wants something rough and ready that he can mash with his feet - sensory play.
So I 'speed built' sand castles on the spot and he crushed them. He really enjoyed being "allowed" to do this. But eventually he was ready for a change of pace and he asked me to build him a race track out of sand castles. We made a huge ring of castles and he ran around it in a circle being a car. 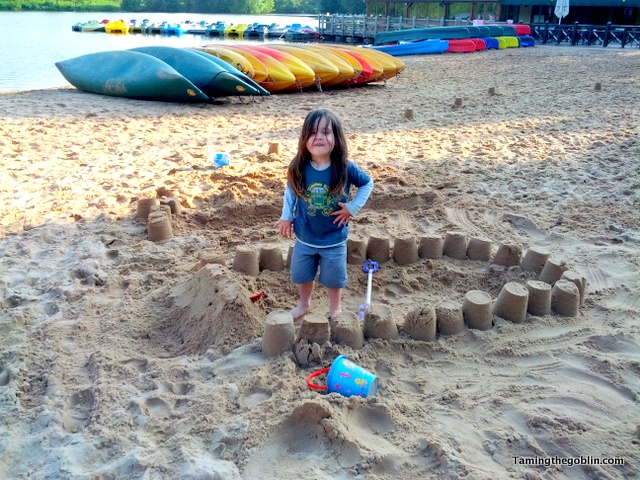 Then he lay down by one of the castles and started "shooting" things with his spade. We dug out a ditch and made a rampart at the front, and lined the edges with castles. Then I lifted him in and he lay in his pretend trench bang at imaginary baddies. I'm normally not a huge fan of 'war games' but I overlooked my squeamishness to let Goblin lead the way. I dug a simpler ditch next to his and we lay in the sand together shooting stuff until bed time. It was simple and fun. 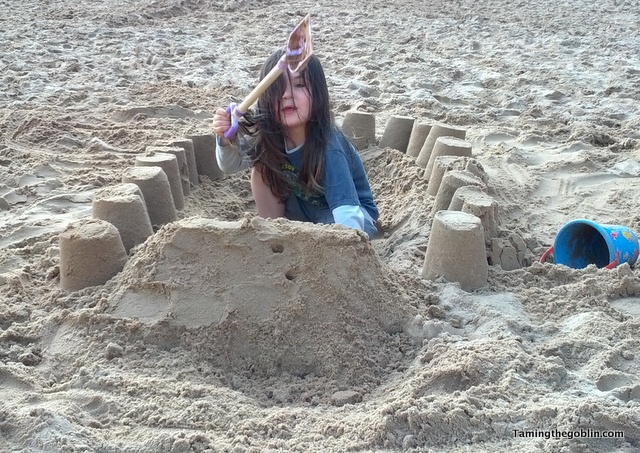 I'm sharing it with