Nature Nursery is back 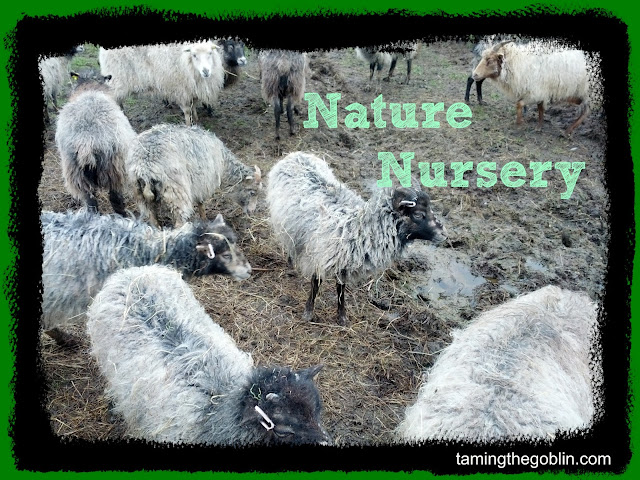 A fortnight ago we made it back to Nature Nursery. The farm has been closed for a while because they are doing lots of renovations in preparation for opening the Steiner kindergarden. I was so excited to see what had changes and to let Goblin run loose for a while. 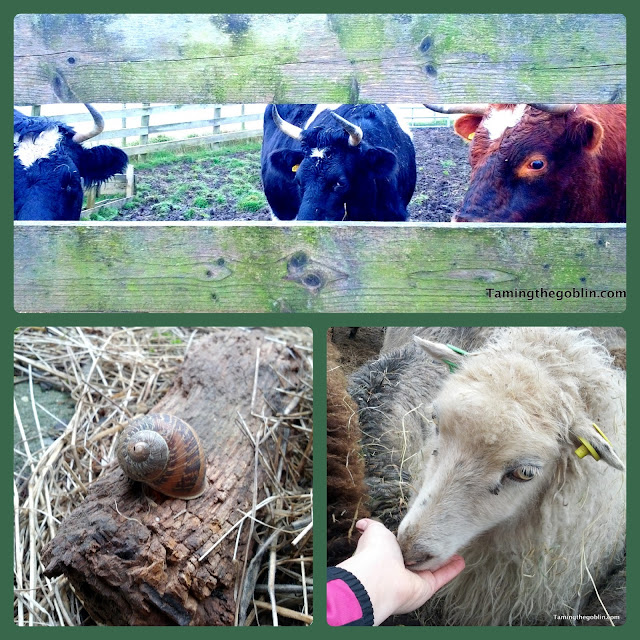 Goblin still wasn't 100% after being ill for so long and this resulted in mini melt downs on several occasions when the flow of the morning didn't go exactly how he wanted. So while I enjoyed feeding the sheep Goblin was busy sulking because he'd wanted to go to the polytunnels.

Once we finally made it back up to the polytunnels he was delighted. While we've been away they have laid a wheelchair and buggy friendly track all the way from the barn to the polytunnels. Goblin and Elfin had a great time exploring them and the various lose parts lying around. 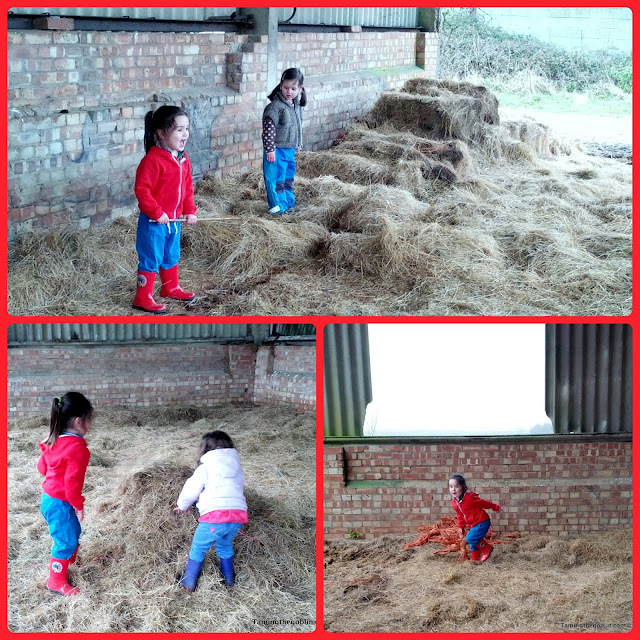 But as usual the best bit of Goblin's morning was some unstructured time just mucking around in the hay barn. He found a pile of nylon ties that had been used around the bails. He called them tomato sauce and the hay was his spaghetti. He and the girls got down to moving the hay around and putting tomato sauce string on the top. And when this imaginary play was done they had a game of hide and seek. I'm so glad Nature Nursery is back.