Its the Sunday Parenting Party. We had some awesome posts last week so I am really excited to see what everyone links up this week. If you do link up please grab the button and display it either on the post or in your sidebar - or hey why not go crazy and do both! This week I am linking up the following:
*****
(Goblin is 38 months)

I don't usually use the threat of going home to try and get Goblin to do what I want. To be honest its one of those empty threats that makes me roll my eyes a bit when I hear other parents use in the park or at the pool. I always secretly think "really, you are going to pack up all your stuff and cart your kid off when you have only just got here - I think not".
But this week I discovered that this threat can actually be used extremely effectively if you genuinely mean what you say - and maybe I should start giving those other parents a break. What's more it doesn't have to be delivered as a punitive threat. It can be explained as a natural consequence in a sympathetic but factual way. Of course thats not how I managed to do it because I'm not that well internally disciplined, but its worth a thought. 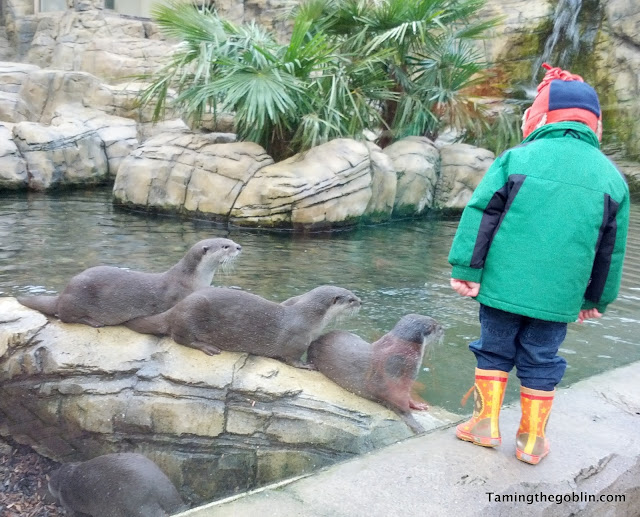 So here is how our day went down. I decided to take Goblin to the zoo. I should have realised it wasn't going to be a smooth visit. He'd woken up stupidly early and bounced around the house for the best part of the morning but by the time I'd got my act together to leave it was nearly 11am. Instead of putting him down for an early nap I decided to proceed with our planned outing figuring that as we have season tickets it didn't really matter if he only lasts an hour.
Well an hour was optimistic. Within minutes of arriving at the zoo Goblin was asking to be carried. He is now extremely heavy and I try not to carry him as it hurts my back. I certainly didn't plan on carrying him all round the zoo. So I firmly said he needed to walk. This was the start of a series of meltdowns which occurred over the next hour at regular intervals as we walked from one end of the zoo to the other.

By midday we'd both been up for over six hours and I was getting pretty frustrated and tired off the wailing that was accompanying our activities. So I did something I don't usually do. I threatened going home. 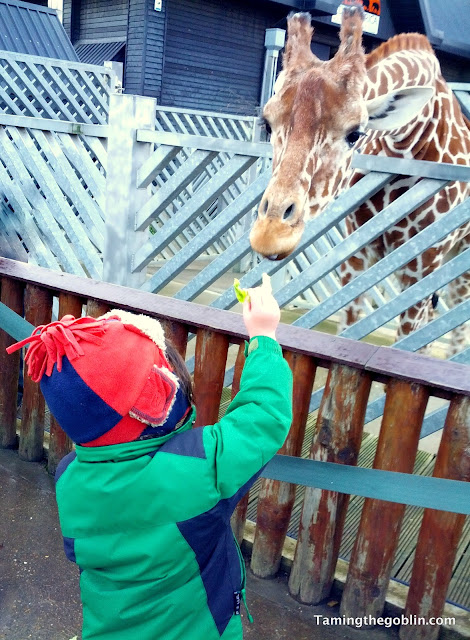 As I explained earlier I don't use the "going home threat" unless I absolutely mean it. But Goblin was obviously struggling with keeping it together, he was tired or hungry and going home would actually have been a sensible solution. So I used it, meaning to follow through. Our conversion took place with Goblin lying in the middle of the path leading up to the elephants enclosure screaming at me.*

Goblin seemed to understand that I was serious and he had a choice. He stopped crying immediately and started walking towards the cafe. 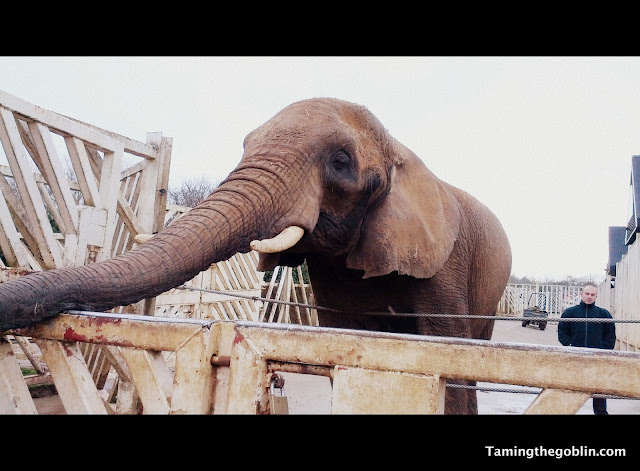 What was even more amazing was when we reached the cafe he made a bee line for the ice cream, (no thats not the amazing bit, that's the very predictable bit) I explained that he needed to have a sandwich first (real food) but if he ate his sandwich he could have an ice cream. I could see we were about to have another power struggle so I just added "Remember you can choose to wail and we will go home, or you can choose to eat a sandwich first and then an ice cream." (This is the amazing bit) Despite being really tired and wanting an ice cream he wandered across to the sandwiches and chose one.

Goblin didn't wail for the rest of the day. And after some food and a sit down he was a new child and we had a lovely day. We stayed until dark and were the last ones to leave the zoo as it shut.

*For the sake of the story I skipped straight to the bit where I offered a sensible choice - a natural consequence. However for the sake of honesty and to illustrate that I am human and not a programmed robot super-parent I should confess that before the sensible and calm conversation about choices and going home, there had been a significant amount of screaming and shouting on my part as well as Goblin's which is what had led to him lying in the path in the first place. Positive Parenting for me is definitely a work in progress. 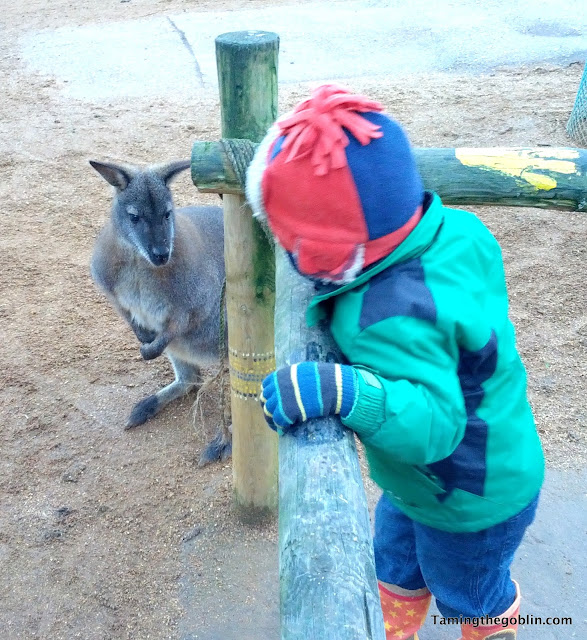 *****
Here are my top five picks from last weeks link up:
Practicing honesty when receiving gifts by Puddle Wonderful Learning
15 ways to get kids to listen by Picklebums
Establishing Boundaries with your Tot by Lisa Nolan's Confessions of a Montessori Mom
Real Life Wednesday by The Messy Organic Mum
Parenting by the book part 2: Controlled crying (humour) by Mummyology
And now to the linky

Posted by The Monko at 19:30
Email ThisBlogThis!Share to TwitterShare to FacebookShare to Pinterest
Labels: 37 months, outings, parenting, The Sunday Parenting Party