I've entitled this post "Early scissor practice" because I think this activity would be really well suited to an early introduction to scissor practice for a younger child or a child who has not had the opportunity to use scissors much before. Goblin has actually been using scissors for over a year and is quite comfortable with them - no loss of digits yet! We have recently upgraded him from craft scissors to proper adult scissors and he is enjoying the freedom of the better cutting ability. But this activity could easily be done with plastic kiddy safety scissors. 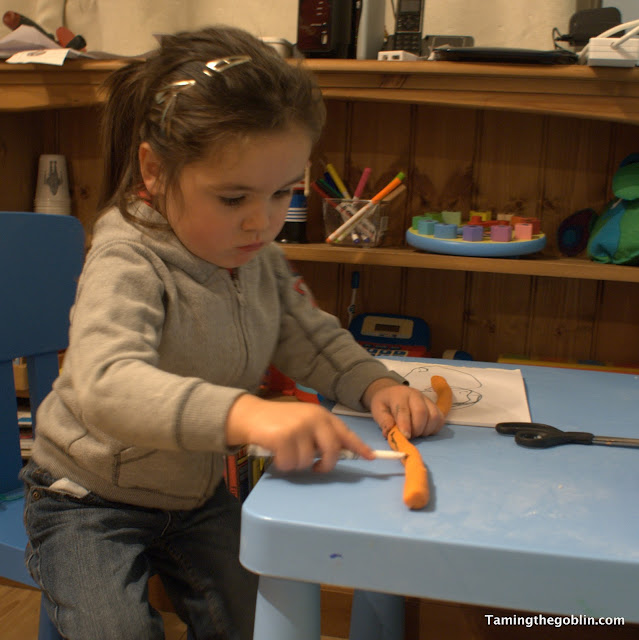 Goblin initiated this activity himself. He had originally asked me to get the playdough out so he could hammer in some golf tees (although the playdough is accessible on his shelves it has to be kept in an air tight container and its a bit tricky for him to open it on his own). After a while hammering he got out his scissors.  He started by snipping at the lump of playdough he had. And then asked me to roll some into worms for him. He took the lengths of playdough to his table and started drawing on them with his pens. When I asked what he was doing he said he was making lines to cut along. He then proceeded to cut his worms into bite sized chunks. Goblin may be good at scissor work but his drawing skills needs practice - the lines he drew were horizontal but he was making vertical cuts! 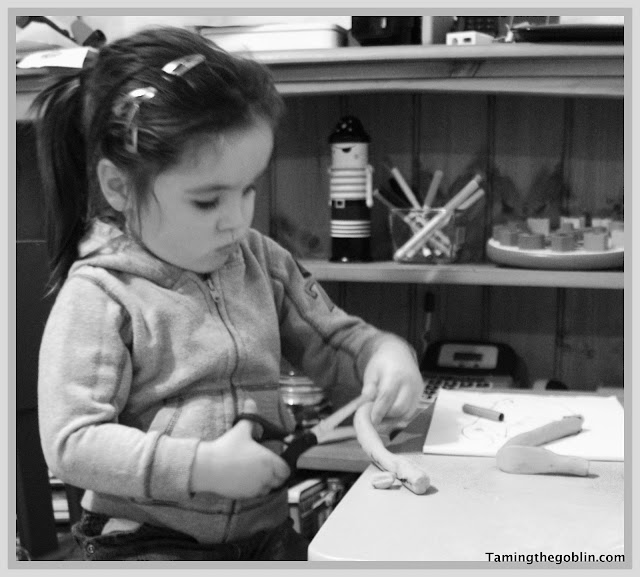