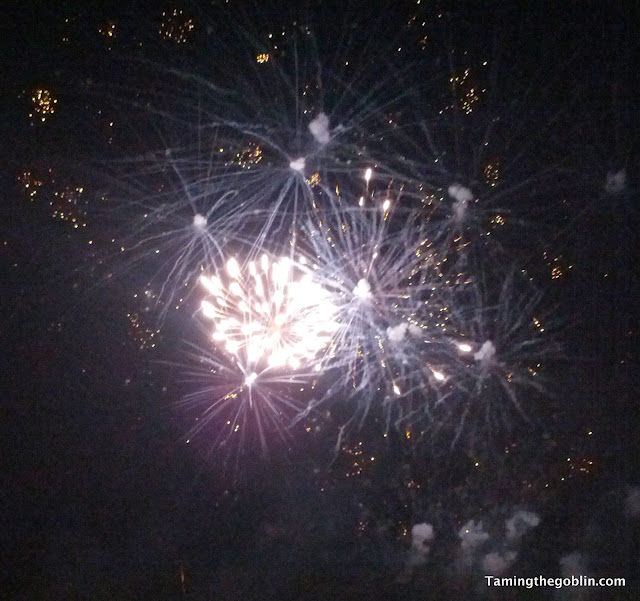 At the weekend we took Goblin to see the fireworks display for bonfire night. There had been the odd firework in the evenings in the week leading up to the festivities. Every time one had gone off with a bang Goblin had nervously asked "what was that" and we'd explained that they were fireworks and we were inside so we were perfectly safe. In hindsight this was not the brightest thing to say given that we had every intention of venturing out to see a display. 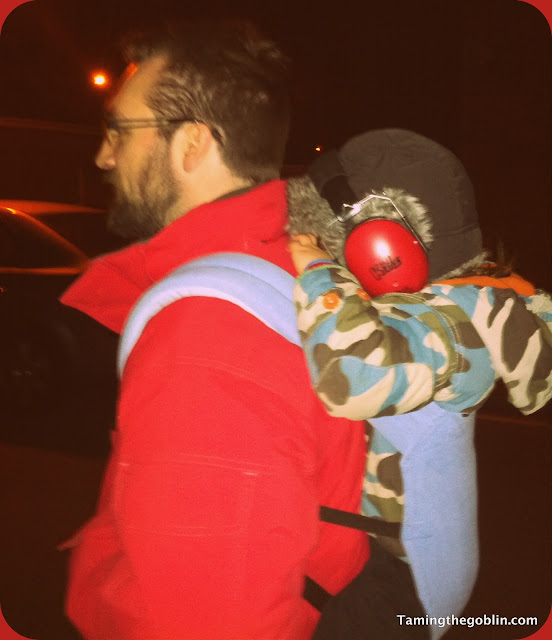 Saturday came and we all wrapped up warm and put Goblin in the patapum carrier - we thought it would be the easiest way to transport him given his propensity to cling and cower when scared, and the fact that it was nearing his bed time anyway. As predicted, as soon as we left the house he buried his head in Hublet's neck and refused to look up. We'd given him a torch as a comfort aid and he turned it on and stared at it for the entire walk to the display. Oh did I mention that as well as being scared of fireworks he's also scared of the dark! This is probably the point at which you start thinking that I am a bit of an evil mother and why didn't I just leave him indoors. My rationale was that last year Goblin had been fine with fireworks, his fear of both the dark and loud noises have been recent acquisitions and I was hoping a bit of exposure therapy would help. I had purchased some ear defenders so he wasn't completely freaked out by the noise which is a longer standing fear. 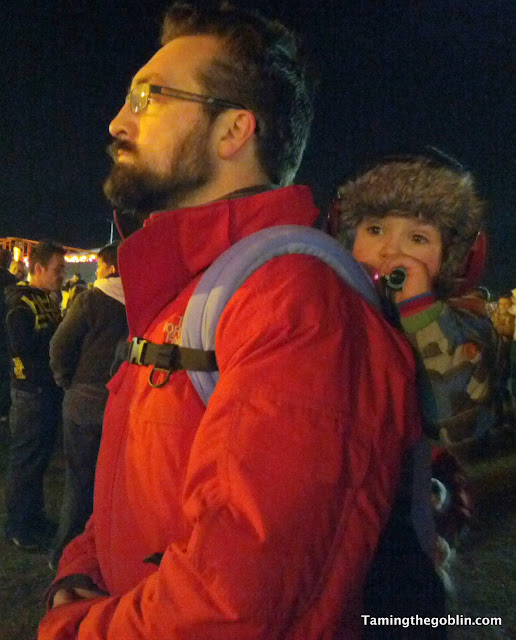 And sure enough, about half way through the display Goblin forgot he was scared and popped his head up for a little look. He decided maybe the fireworks and the dark weren't so bad after all. In fact, the next evening when he heard a firework go off he went and found his ear defenders and then insisted we put on our jackets and go into the garden to see.

Posted by The Monko at 17:16
Email ThisBlogThis!Share to TwitterShare to FacebookShare to Pinterest
Labels: 36 months, autumn, outings