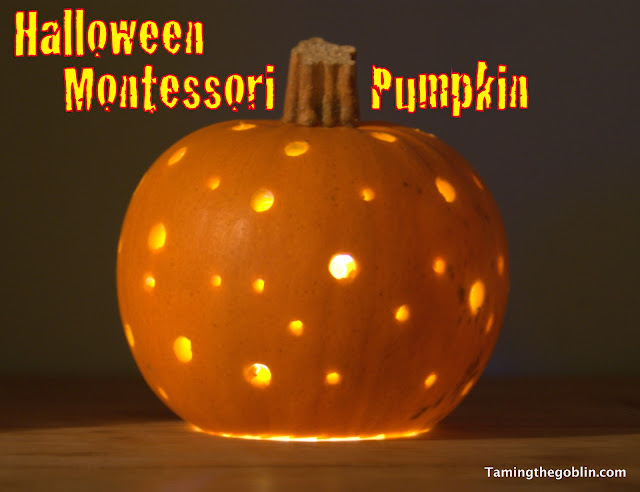 I love carving pumpkins for Halloween but I'd been wondering how to get Goblin involved without ending up in a real life blood and guts Halloween scene. He has been pretending to drill things for about a month now. I have no idea where he picked it up from (probably Bob the Builder), but it keeps him amused for ages. He usually uses random sticks. So I decided in true Montessori style that rather than just do pretend play I would buy him his own drill. You can pick adult ones up really cheap on Amazon but I opted for a slightly more expensive one because it was smaller - specially adapted for children's hands. 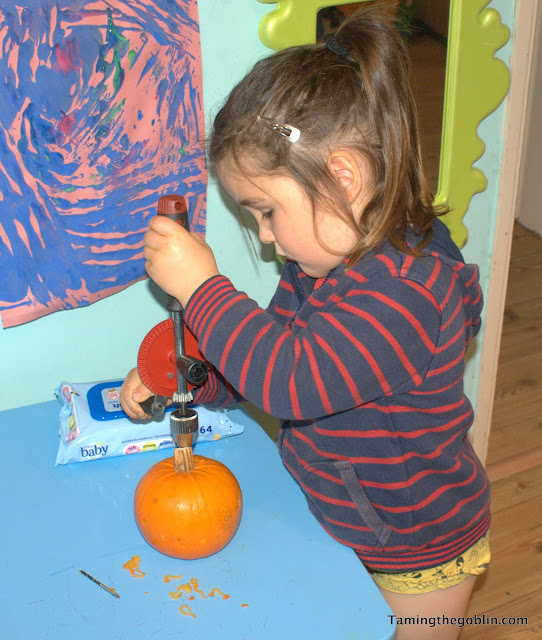 For the most part I held the pumpkin between my knees (for lack of a proper vice), but I did get a few pictures of Goblin drilling holes in the top of the baby pumpkin. 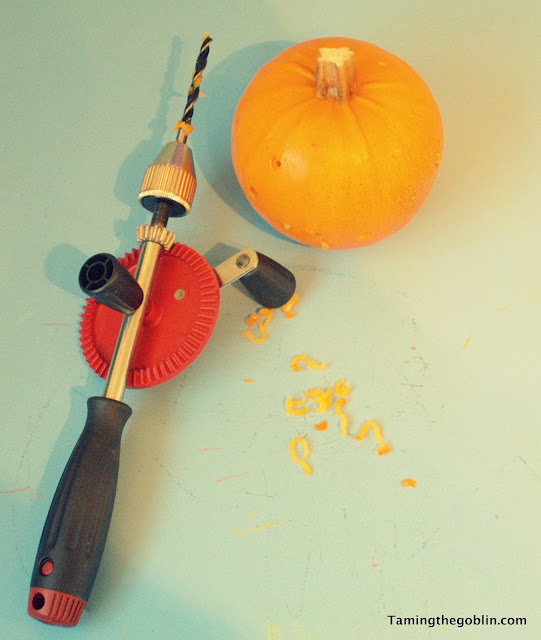 I quite liked all the little pumpkin worms that were created by the drill. I'm sure a more ingenious chef than I could make something yummy with them.
We used a big and a small drill bit so that we got a variation in size of hole. And I put a battery operated tea light in it to avoid the whole 'pumpkin burning down house' scenario. I think the final product is really beautiful. 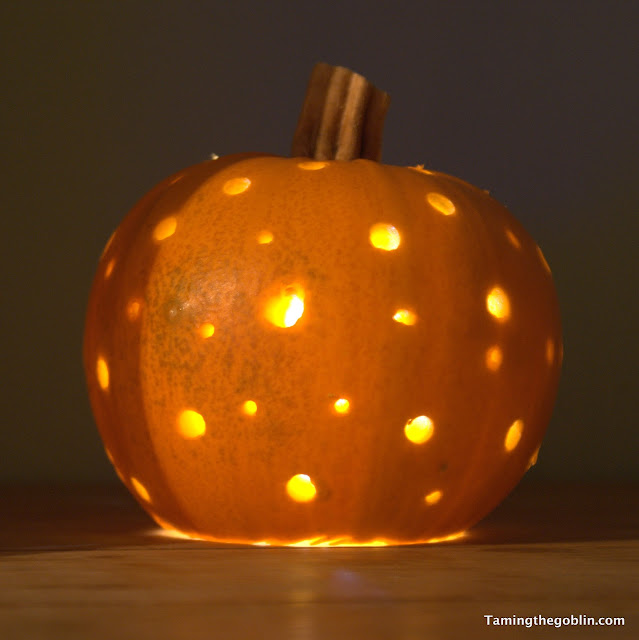 I'm going to buy some bigger pumpkins tomorrow because Goblin's got the drilling bug and I am a bit worried about our furniture. And I had to share this funny photo with you. Our kitty was intrigued by the pumpkin. 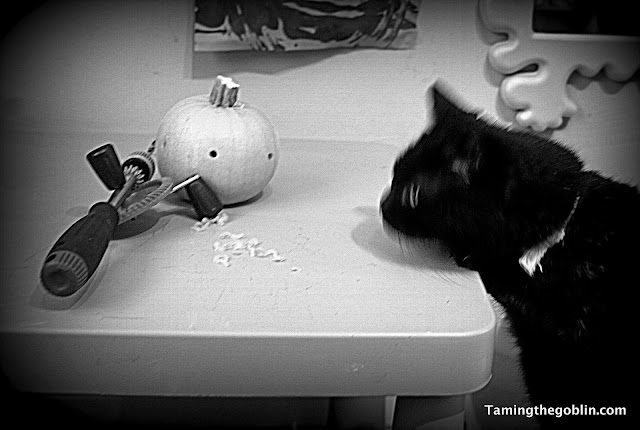 Posted by The Monko at 22:19
Email ThisBlogThis!Share to TwitterShare to FacebookShare to Pinterest
Labels: 36 months, autumn, Montessori, toddler craft and painting