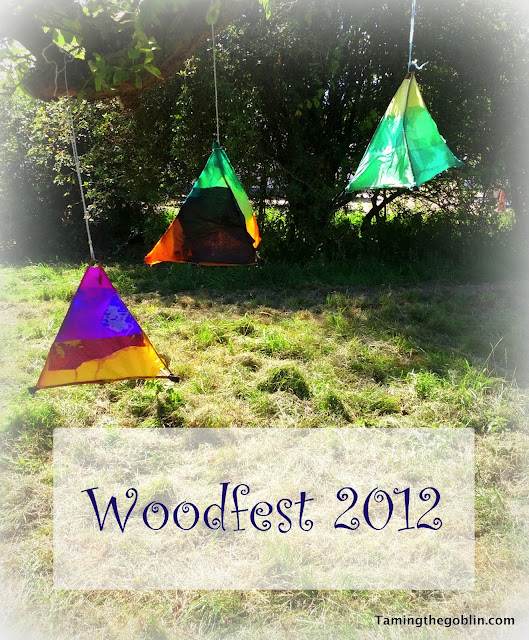 Today we went to Woodfest in Hatfield Forest. Its a three day festival held in the middle of a forest with lots of wood carvers, pole lathers, ukelele players, head-dress makers, story tellers and lets face it, dreadlocked hippies. 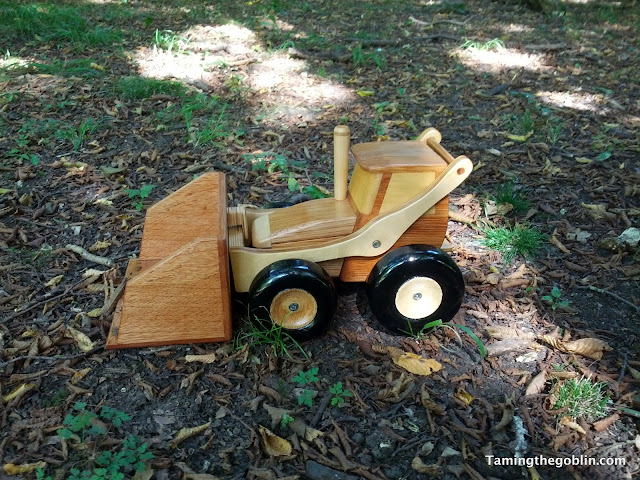 There was some amazing wood based merchandise and Goblin set his sights on this wooden bulldozer which has a hinged bucket. Its such a beautiful piece that we couldn't resist buying it for him after he'd played with it on the stall for about half and hour. 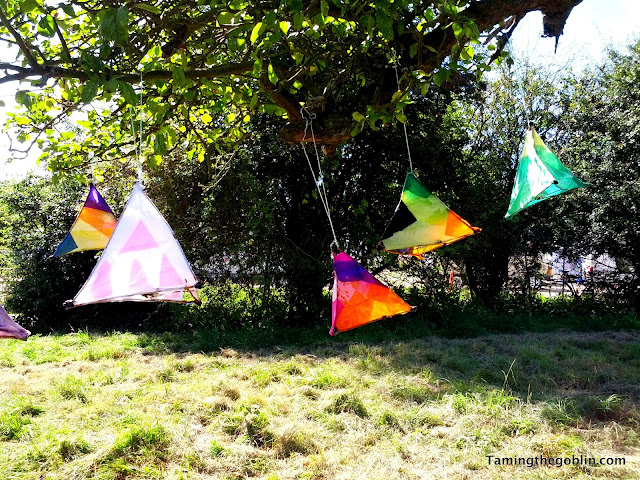 The festival had an interesting combination of activities for kids, and potential kiddy death-traps with bill hooks, chainsaws and metal spikes just lying around! And with Goblin's propensity for hurtling at full speed while looking in the opposite direction I am quite amazed that he didn't impale himself on something. 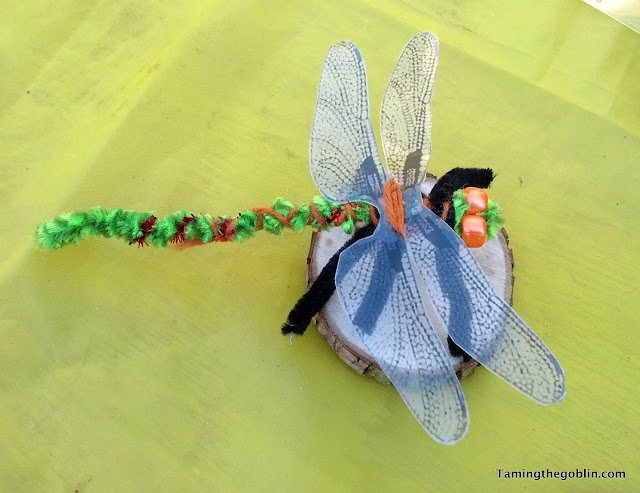 Taking full advantage of the crafts on offer, Goblin made a willow and tissue paper lantern with a little help from me, and a pipe cleaner dragonfly which he was particularly taken with because we'd seen loads of dragonflies just the other day. 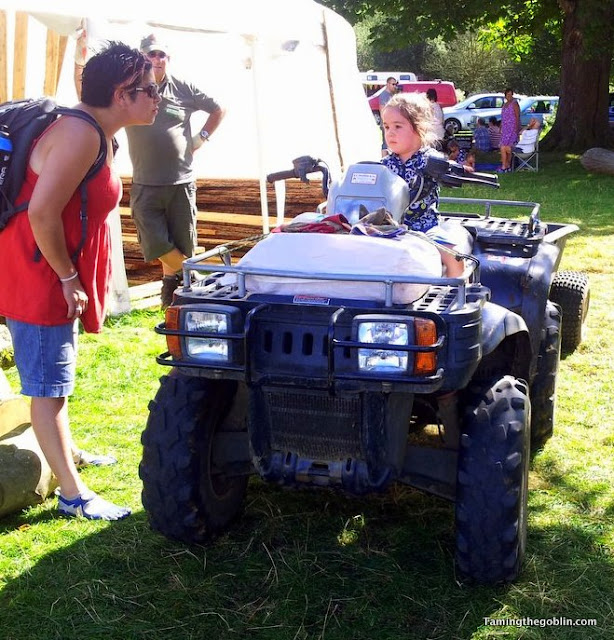 But there were two main attractions for Goblin at Woodfest. The first was a quad bike being driven by one of the Forest rangers. He was letting the kids sit on it while he loaded the trailer with logs. Goblin was in total ecstasy at being allowed to sit on the vehicle. And I had to try and look knowledgable when he asked me what all the buttons were for - fortunately the ranger was there to explain to both of us. 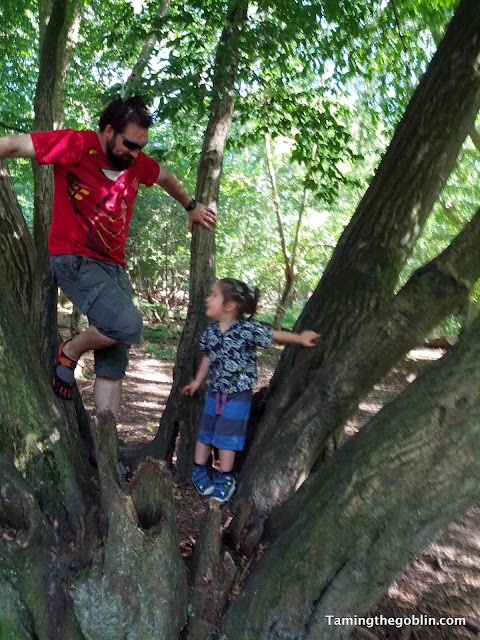 The second major pull for Goblin was the forest its self. He loves playing in the woods and Hatfield forest is a big one. As you can see from the pictures he's not alone in his love of trees. 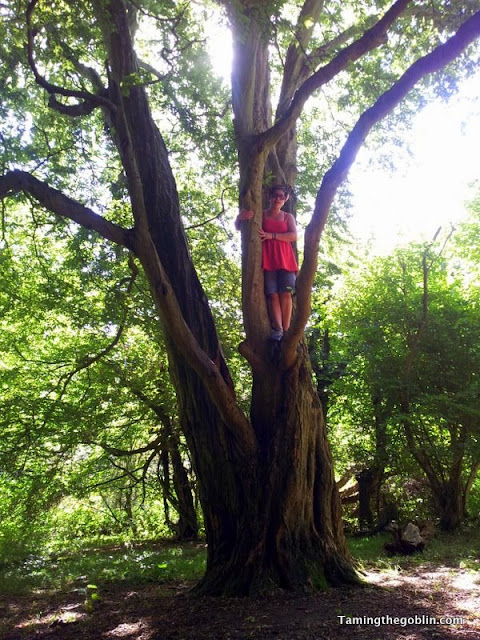 And just when we thought it couldn't get any better Goblin ran into his best friend Elfin. We had been about to head home, but Goblin and Elfin have such fun together that we just had to stay. 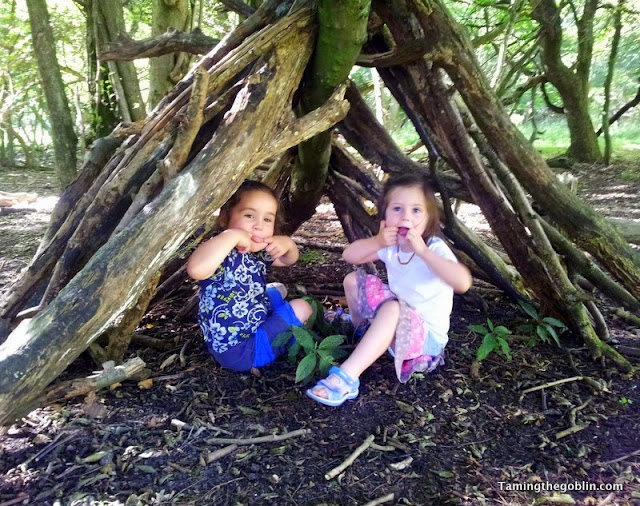 All in all a great day!

Posted by The Monko at 21:57
Email ThisBlogThis!Share to TwitterShare to FacebookShare to Pinterest
Labels: 34 months, nature, outings, toddler craft and painting