I had been photographing stuff by the window using the flip chart as a white background. Goblin saw the paper and wanted to do some painting. I laid the mat out in the middle of the room where we usually paint but he insisted he wanted to stay by the window. So I brought the mat to the window. 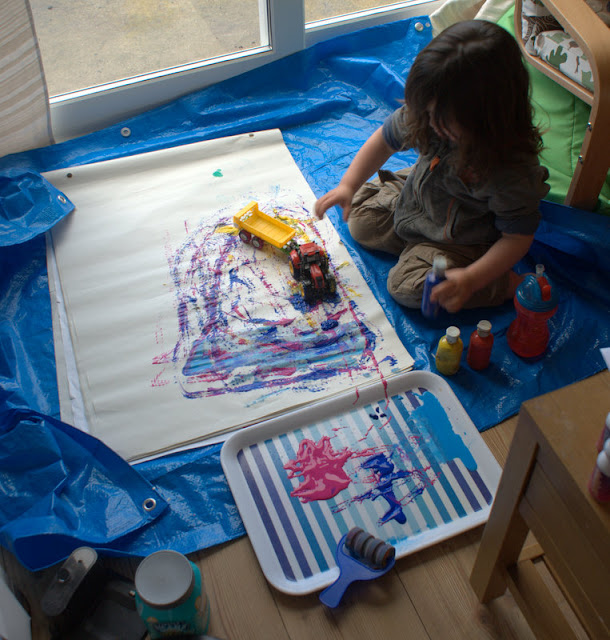 He did some lovely tractor tyre painting - his favourite painting accoutrement at the moment. 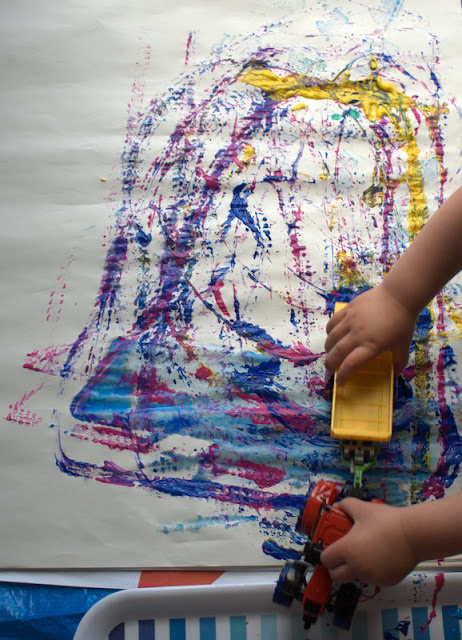 But then he started painting on the window. I was going to tell him to stop, but I try to live the mantra "Say 'Yes' to your child as often as possible". Unless I think that Goblin is about to skewer himself on something spiky I try and say Yes when ever I can - even when that means a bit more cleaning up for me.

I know that some of my friends think I am barking mad when I let Goblin run through a muddy puddle and cake his shoes in gooey mud just before we get in the car. But the joy that he gets from that little bit of extra freedom is priceless. If you have time you should check out The Mommies Made Me Do It. She has a fantastic "Yes album" which shows pictures of all the things she has allowed her son to do when her first instinct was to say 'No' and she caught herself quick enough and switched it to Yes. She describes herself as "a recovering "No!" Mom with Helicopter tendencies". I love it. 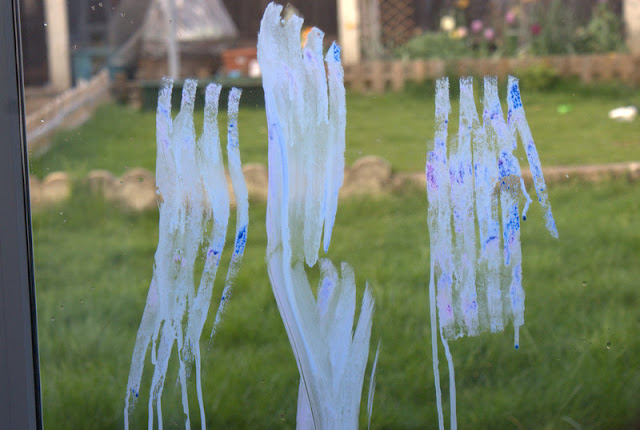 I'm so glad I didn't stop him because look how beautiful the painting turned out to be. He's using a ridged roller and it made the painting look like a rainbow. 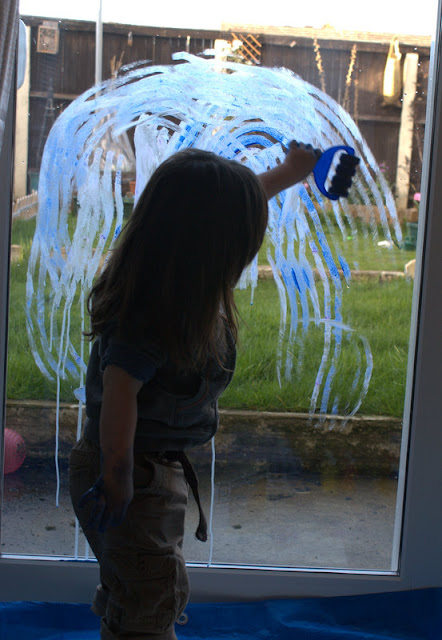 As always Goblin decided that it wasn't enough to use the brushes, tractor and roller. He also used his hands and feet. And in the photo below it looks like he may have used his mouth! 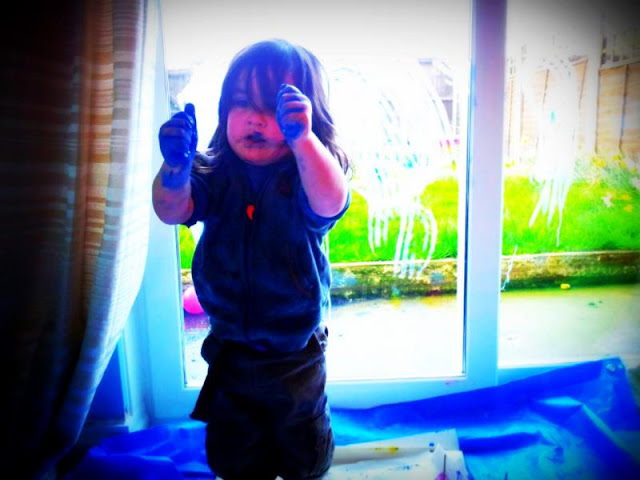