Goblin and I went on an adventure to Leeds Castle. Confusingly Leeds Castle is no where near Leeds, its in Kent, near Maidstone. 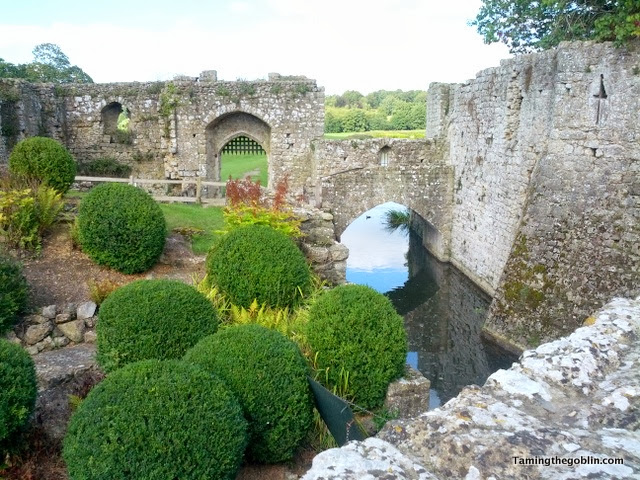 The grounds of the castle are massive, it has woodland and big beautiful gardens. A warning to anyone with toddlers, there is a lot of open unfenced water. Its very beautiful and quite shallow but I probably wouldn't have been comfortable bringing Goblin here 18 months ago when he was all about the running and not very good at the stopping. 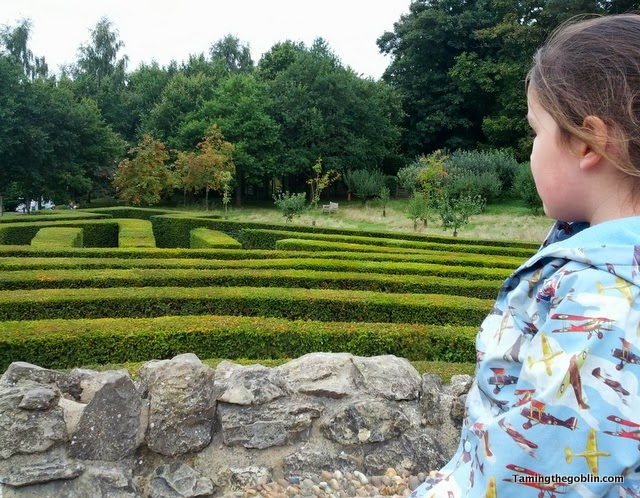 A quick confession in case you are hoping for lots of information about the actual castle, we never went in. There was too much else to see and do. We spent a lot of time in the maze. Goblin had never been in a maze before. He hurtled around it and I ran after him. He got very confused when at one point he went down a different path to me and I screamed at him to stop. I had to explain that I wasn't cross, I was just worried I'd lose him. He hadn't realised that I didn't automatically know the way out. 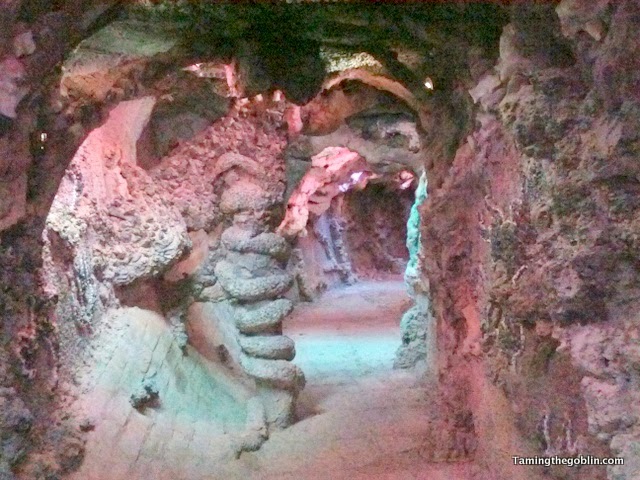 The maze was brilliant. It took us about 30 minutes to find the middle. Once in the middle you can take a short cut out of the maze through an underground grotto. The walls of the grotto are decorated in shells and its really quite something to see. But Goblin didn't see any of it. He clung to me and buried his head in my neck and refused to look up until we were out the other side. What had scared him was the recording of the sea that was being piped through the grotto. Goblin and unexpected noises do not mix well. 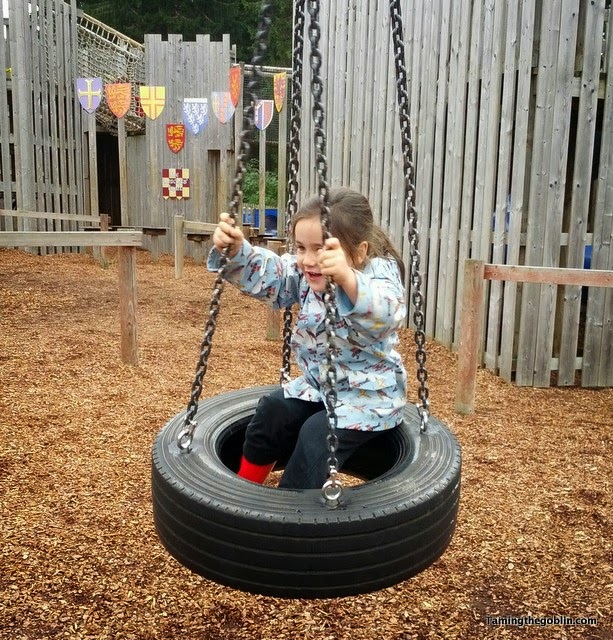 Another great find was the playground. There were two fenced playgrounds, one for younger children and the other for older. The latter was supposed to be for 5 year olds and up but Goblin managed fine on the equipment and loved the castle themed tunnels and ramparts. We spent a lot of time running around a play maze that had been mapped out in paths on the grass around a wooden castle play house. 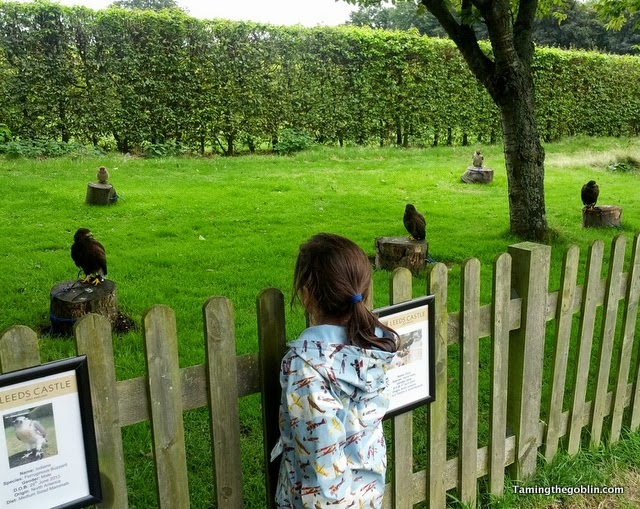 And of course there were the birds of prey. Goblin was very excited by the owls and harris hawks. We spent quite a while watching them, although we missed the actual display because by 2.30pm we were exhausted. Goblin got to ride the land train back to the car park, and the train driver showed him the engine and let him ring the bell. So all in all it was a pretty great day.

Posted by The Monko at 20:22
Email ThisBlogThis!Share to TwitterShare to FacebookShare to Pinterest
Labels: 47 months, history, outdoor play, outings