Welcome to this Paralympic blog hop hosted by Taming the Goblin and Here Come the Girls. 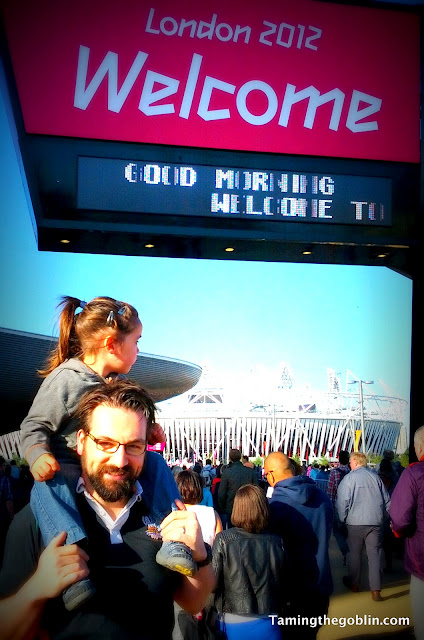 Today Hublet and I took Goblin to the Paralympics. It was our first chance to visit the Olympic park in Stratford, London. We both go past it on the train on our way to work in London but haven't actually set foot inside. My first impression - Its Massive! Its just so much bigger than I expected. From the train you see the Orbit tower and the stadium but that is just the tip of the iceberg, it goes back so far, there is a river running through it and some of the venues are a 20 minute walk from the station through the park! Think EuroDisney size. 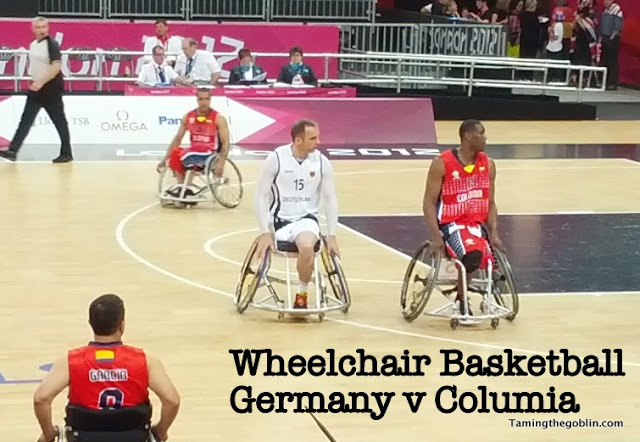 We had tickets to watch the wheelchair basketball. We didn't hold out much hope for Goblin sitting still for long. The session ran from 11 - 3pm but we were anticipating maybe half an hour before we'd have to deal with a squirmy toddler. As it happens Goblin was really interested. After ten minutes of the warm up Goblin declared that wheelchair basketball was "really cool". 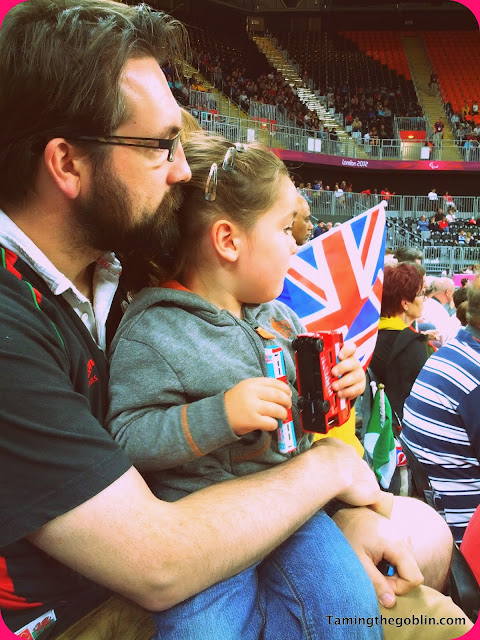 I couldn't agree more. The speed at which the athletes moved down the court and blocked each other was exhilarating. I have to put this in context by saying I don't watch any sport, I really don't care about sport at all, and yet I was so excited every time it looked like someone might score. For the first half of the match Columbia looked seriously outmatched. Despite having control of the ball a lot, every time they shot, they missed. By comparison Germany seemed to have the ball less often but scored nearly every time they attempted. 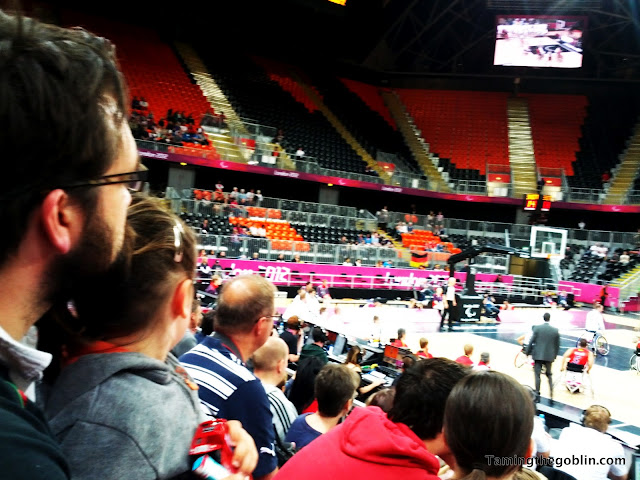 I noticed that each team had a mix of two types of players - Taller guys who looked able bodied from the torso up but had amputations of one or both legs. These guys were used as defence - towering over the other players they were able to block the balls that were thrown at the hoops. The other players mainly looked like they had lower body paralysis from birth judging by the muscle wastage on their legs. These guys as a result tended to sit much lower in their chairs and seemed to move faster. They tipped out less, possibly because they had a lower centre of gravity - and when they did tip out they righted themselves by flipping their chairs under them as they pushed up with super muscley arms. The taller guys seemed to struggle for longer to right their chairs possibly because their bottom halves weighed more? In any case whenever anyone tipped out I noticed players from both sides would glide by to check if the individual needed help. I really liked that camaraderie. 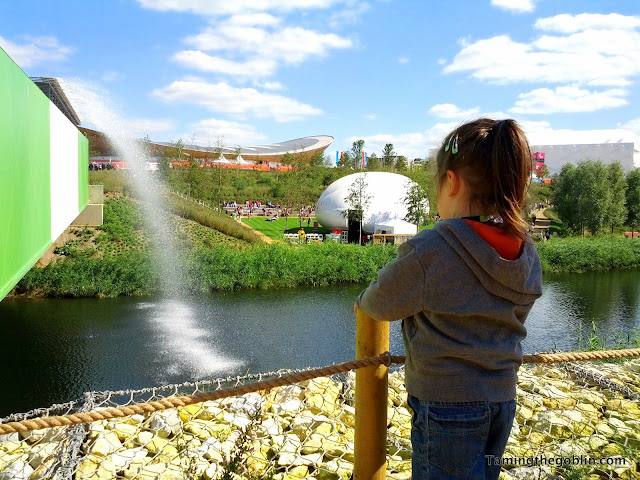 Eventually Goblin did have enough and started playing with his seat and accidentally kicking the poor woman infront of us, so we made a swift exit. This gave us an opportunity to explore the rest of the park. There is some incredible landscaping with meadow flowers and sculptured lawns 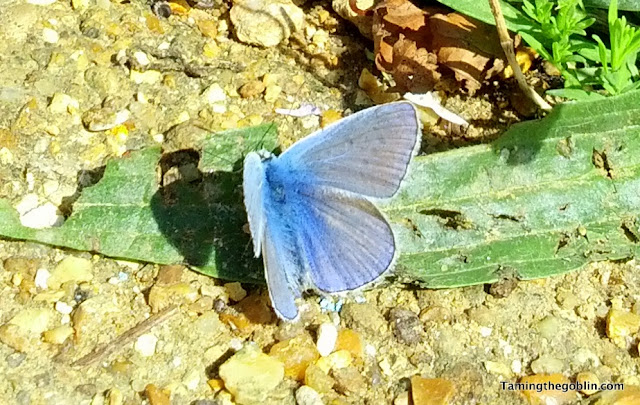 And the wonderful flowers attracted beautiful butterflies. Goblin was very taken with the place. But after seven hours of outing the day finally took its toll and he fell asleep on Hublet's shoulders while eating an ice-cream. 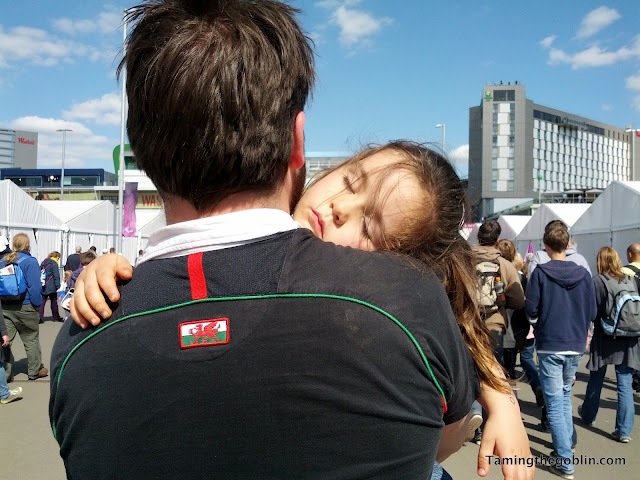 If you are in the UK and get a chance to visit the Olympic park I thoroughly recommend it. If not we have the next best thing - a Paralympic blog hop with fun activities to celebrate the sporting fortnight. If you have any Paralympic activities we'd love you to link them up below. And please display the Paralympic Blog Hop button either on the post or somewhere on your blog so that others can pop over and check out all the links. Thanks

Posted by The Monko at 20:39
Email ThisBlogThis!Share to TwitterShare to FacebookShare to Pinterest
Labels: 34 months, outings, paralympics